The  first  step  in  its  story  starts  in  a  traditional  Italian  family-run  atelier  with  the  embroidery.  Each piece  alone  requires  more  than  one  million  six  hundred  thousand  stitches,  over  a  space  of  forty-two  hours.

These  animal  scenes  required  a  lot  of  preparatory  research  work;  it  was  necessary  to  develop stitching  techniques  to  produce  the  unique  optical  effects  and  bring  out  the  most  precise elements.

“I  brought  the  decorative  scenes  up  to  date  and  made  them  more  dynamic  and surprising  by  representing  animals  considered  wild  and  exotic  to  the  Western  imagination,  which make  my  canvases  almost  acts  of  surreal  transgression  when  compared  to  the  traditional  ones. You  discover  this  only  by  really  paying  attention  or  observing  the  fabric  very  closely,” explains Maria  Grazia  Chiuri.  Finally,  on  the  front  of  the  bag,  the  legend  “Christian  Dior”  is  embroidered in  beige  with  “Paris”  in  black.

The  five  individual  Dior  Book  Tote  pieces  are  then  inspected  and  quality  controlled  before  being sent  to  the  House’s  leatherworking  ateliers,  located  in  the  Florentine  hinterland,  for  the  assembly stage.

The  artisan  begins  by  mounting  the  two  handles  sewn  with  reinforcements  on  the  front  and back  panels  of  the  bag.  Their  length  allows  for  hand  or  shoulder  wear,  and  their  rounded  shape guarantees  total  comfort.  A  discreet  signature,  the  legend  “Christian  Dior  Paris, Made  in  Italy”, embossed  with  gold  ribbon  on  smooth  calfskin,  is  placed  inside.  Then,  using  a  sewing  machine, the artisan assemble the bag’s lateral and central parts. The Dior Book Tote is now ready to take its place as a wardrobe essential. 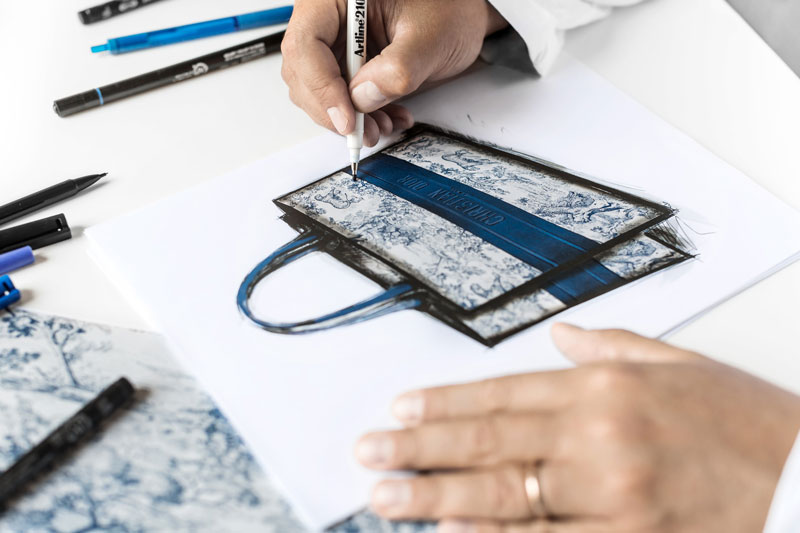 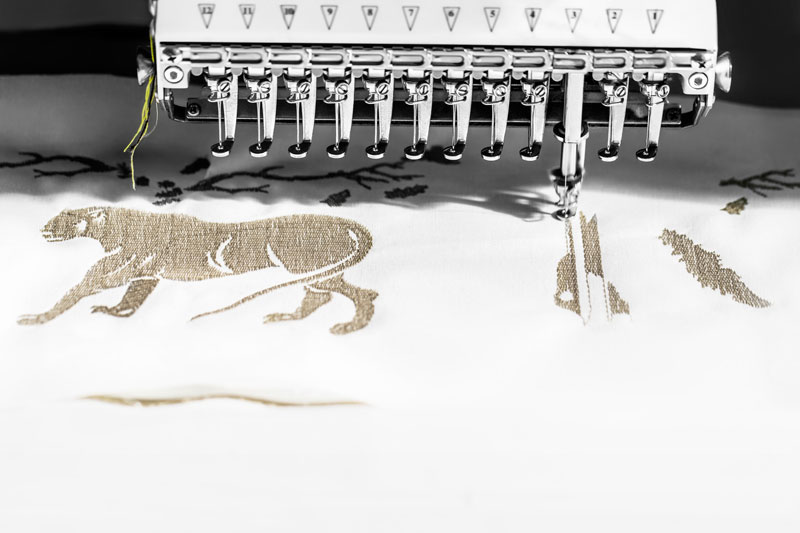 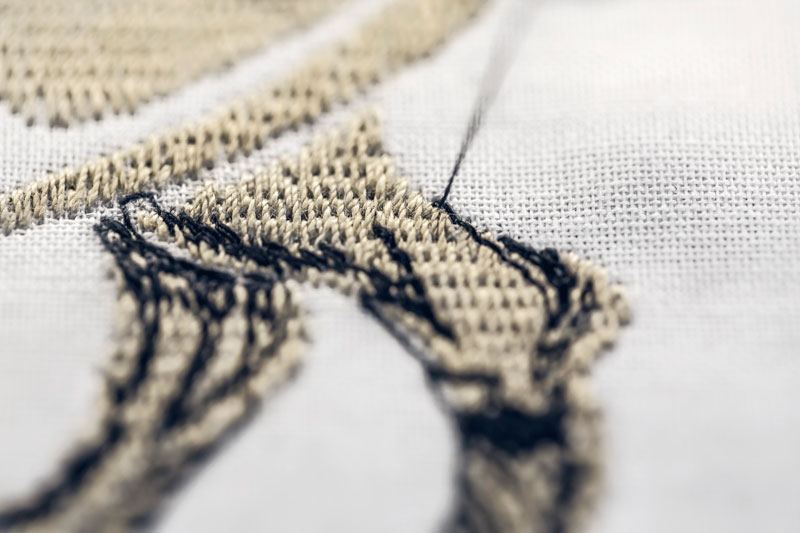 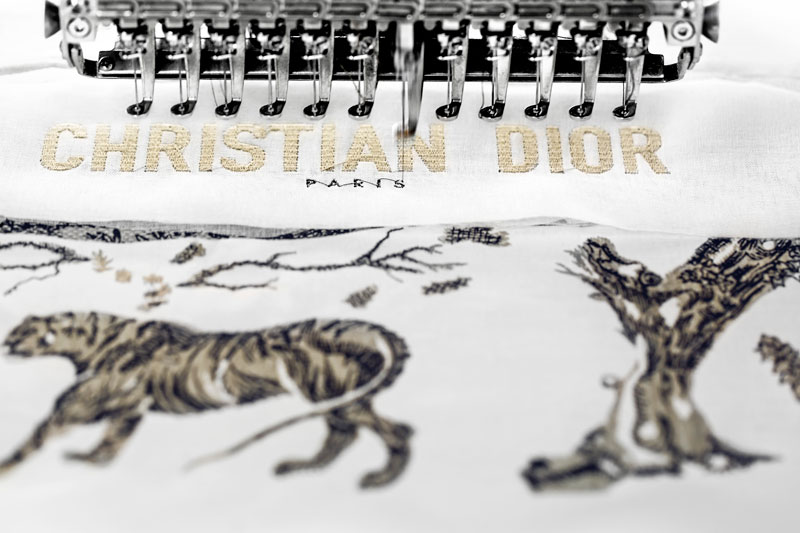 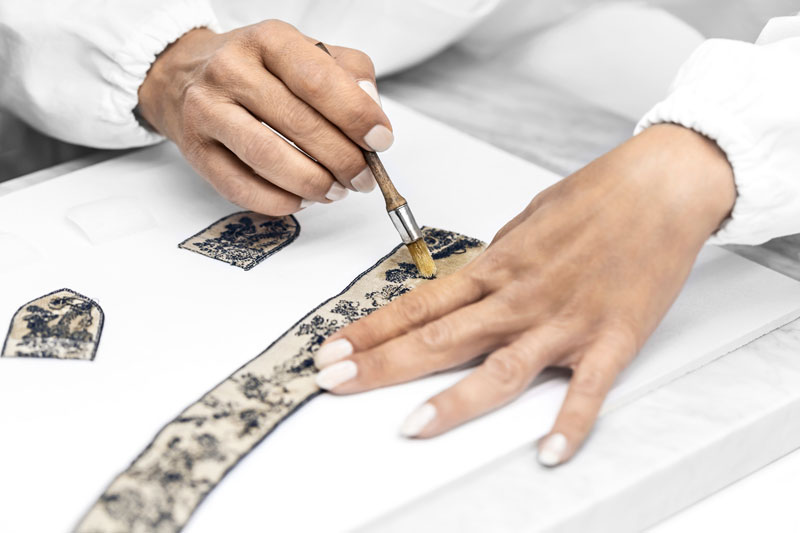 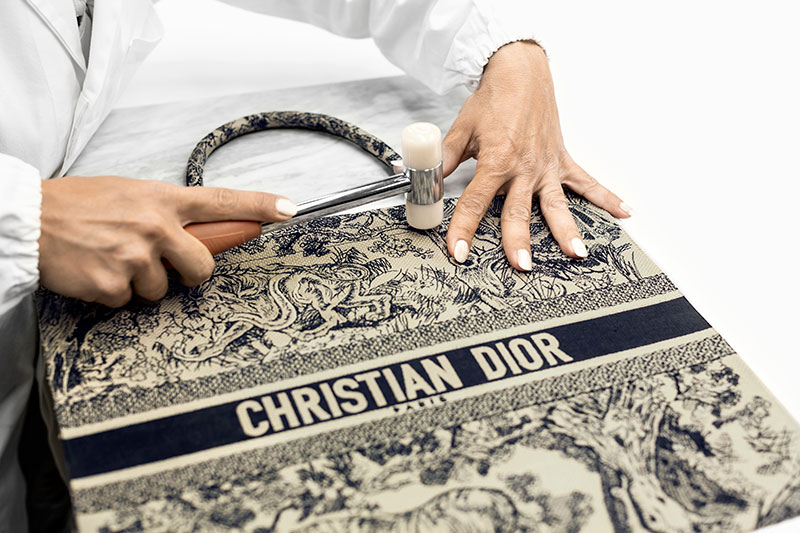 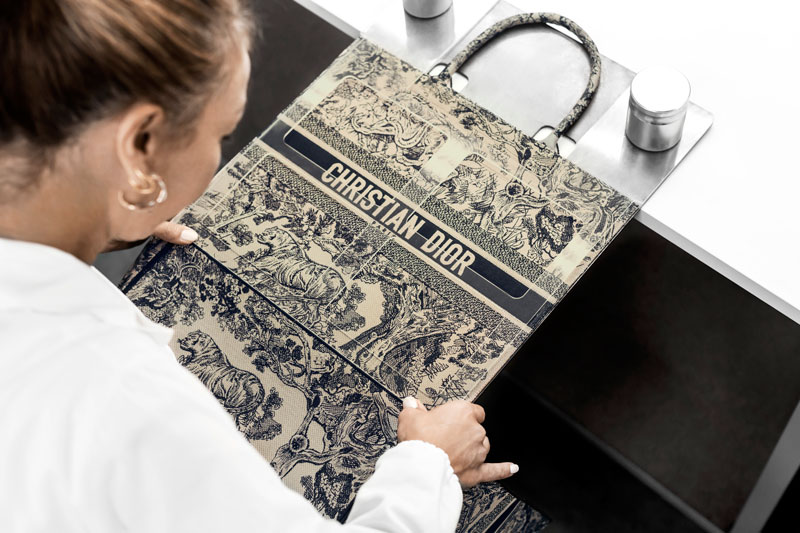 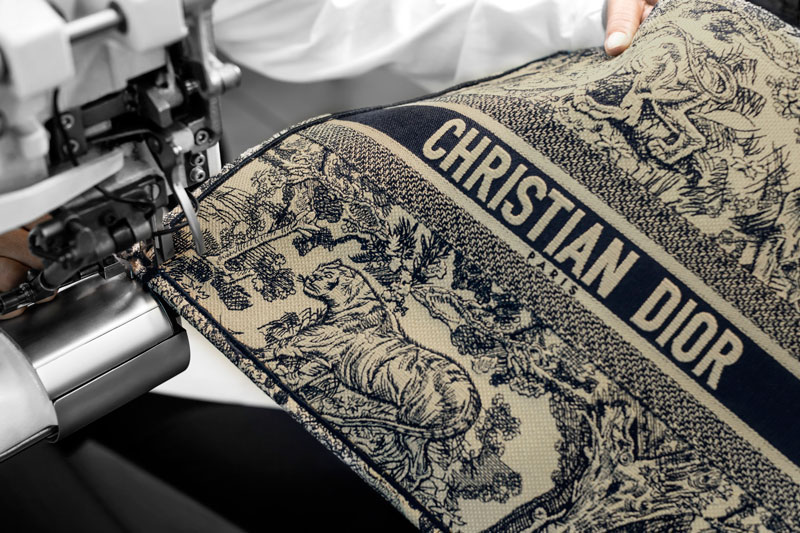 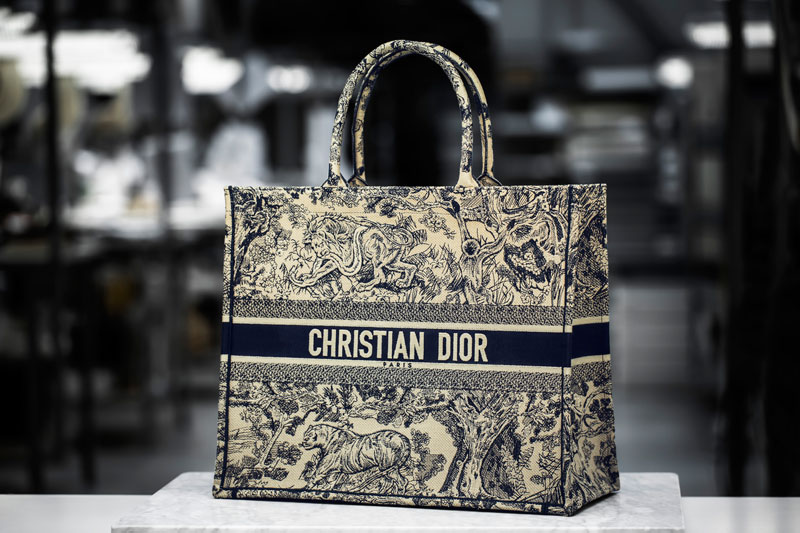