Montblanc is unveiling four new models inspired by the origins of classical watchmaking: Two versions of the Star Legacy Nicolas Rieussec Chronograph and two new Star Legacy timepieces with Roman numerals—one with an automatic date calibre and the other with a full calendar.

The Montblanc Star Legacy product line takes its inspiration from Minerva’s heritage and the company’s pocket watches that were made during the late 19th century and early 20th century. These timepieces were the height of innovation for the time as they featured a patented crown system, leading the company to an early and immediate global success.

In the spirit of formal elegance, the Montblanc Star Legacy timepieces showcase classic design codes such as round, pebble-shaped cases; horns with steps on the side; onion-shaped crowns with the recognisable Montblanc emblem, and eye-catching dials featuring the iconic exploding star guilloché pattern. 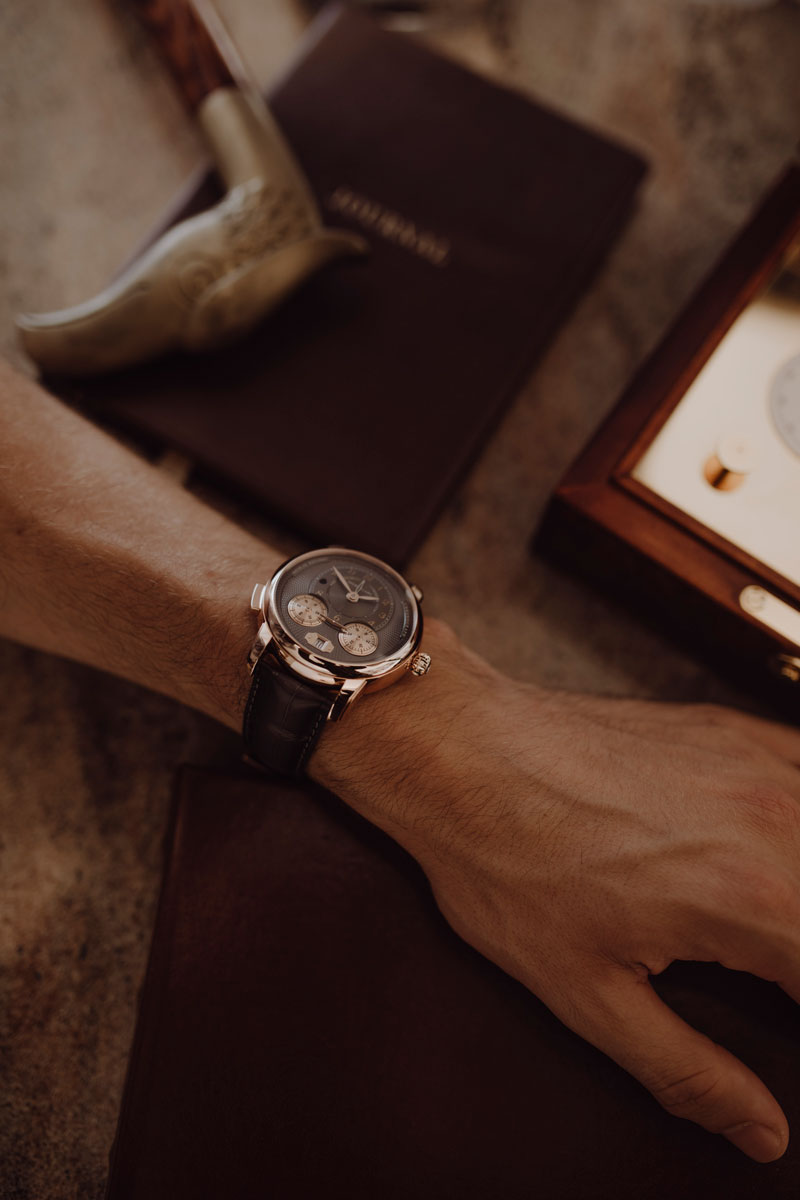 Following on from the launch of the Star Legacy Nicolas Rieussec Chronograph in stainless steel with a silvery-white dial that was unveiled last year, Montblanc is presenting two new versions — one is a combination of a red gold and anthracite aesthetic, while the other one comes in stainless-steel with an anthracite dial. Both are equipped with matching anthracite Sfumato alligator straps made at the Montblanc Pelletteria in Florence, Italy.

These timepieces pay tribute to the French watchmaker Nicolas Rieussec who invented the first inking chronograph that was patented in 1821 and has marked the history of fine watchmaking.

The Montblanc Star Legacy Nicolas Rieussec Chronographs incorporate the very recognisable two rotating, horizontally-aligned, discs on the watch’s dial— one for the chronograph’s 60-second counter and the other for the 30-minute counter — which turn below a fixed double index, like on the original device. Both the counters and the off-centred hours and minutes ring are domed to give an eye-catching three-dimensional effect. 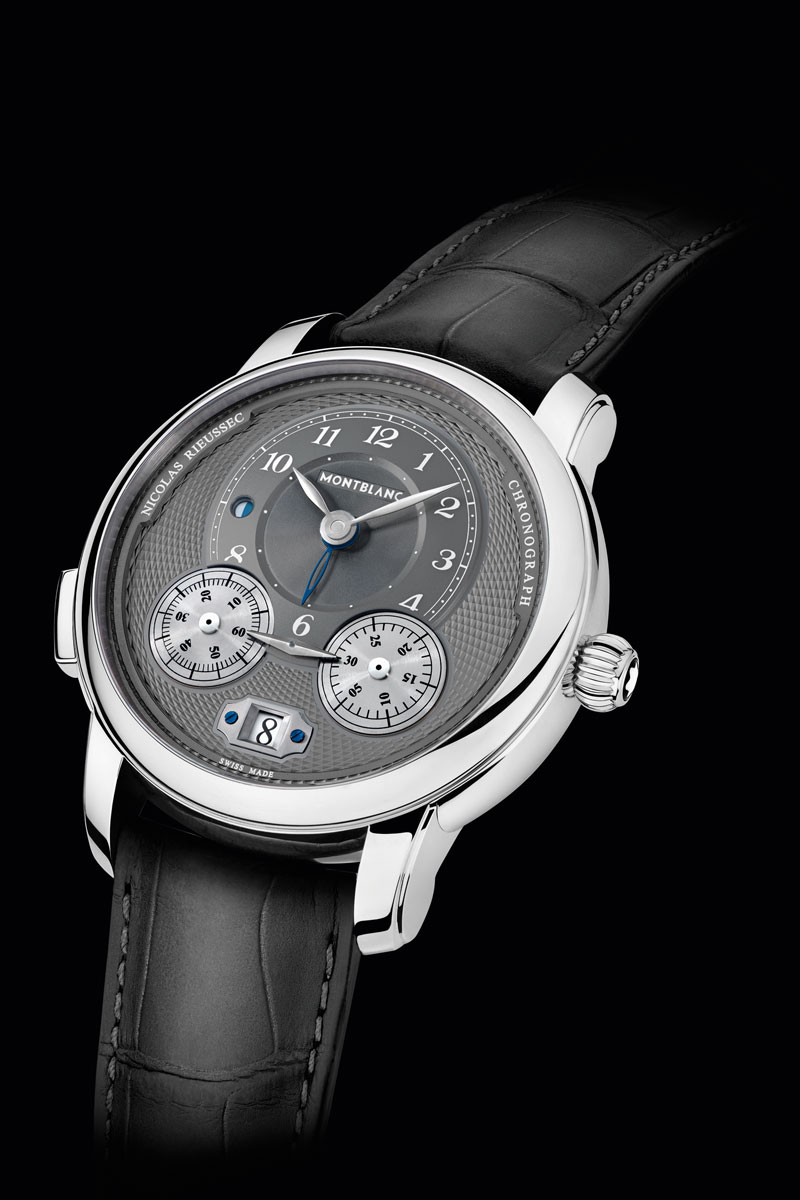 Other design details on the dial include slim Arabic numerals that are surrounded by a precise railway minute track, leaf-shaped hands, azuré finishing in the centre of the dial and a “filet sauté” guilloché decoration that runs around the dial. A ring with the Nicolas Rieussec inscription has also been applied on the outer part of the dial, further paying tribute to the chronograph’s famous inventor.

The timepieces are powered by the iconic calibre MB R200 Manufacture monopusher chronograph movement with automatic winding and column-wheel mechanism that can be admired through the sapphire crystal case back. The movement has two barrels which store enough energy for 72 hours of power reserve.

For utmost precision, the Montblanc Star Legacy Chronograph Nicolas Rieussec is water resistant to 30 metres and is certified by the Montblanc Laboratory Test 500. 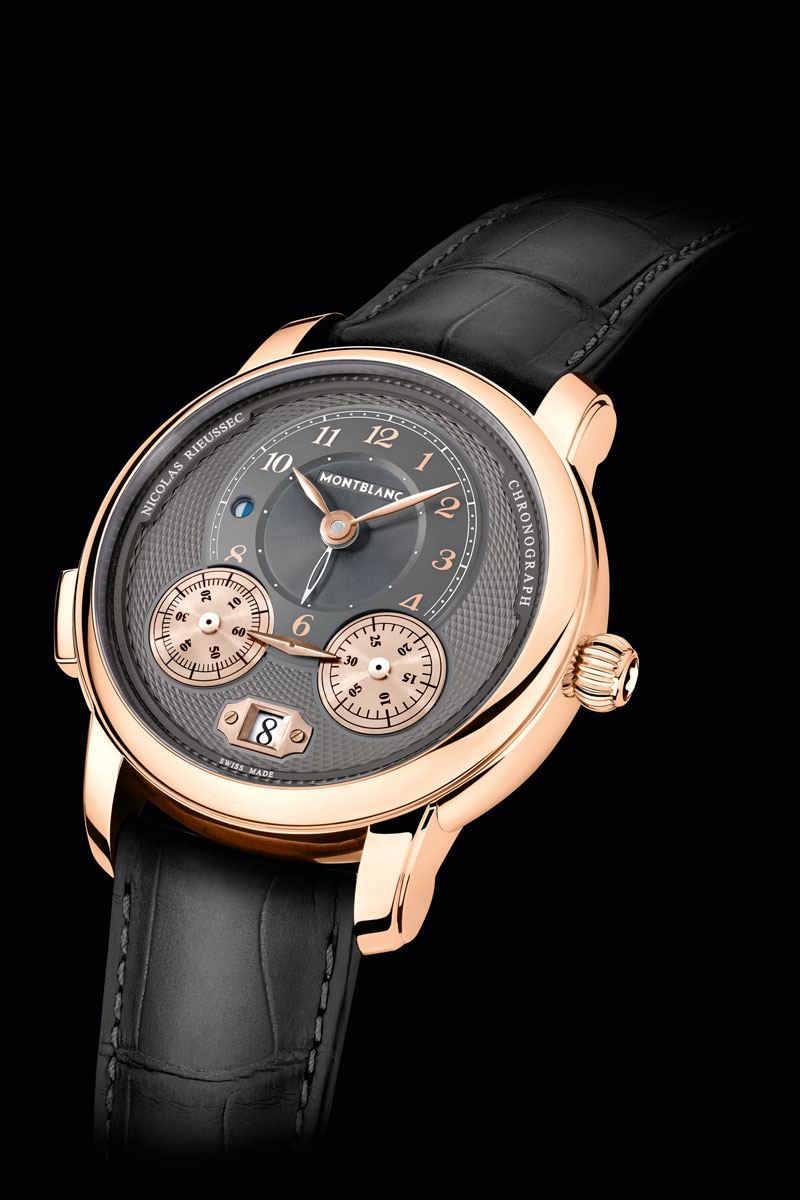 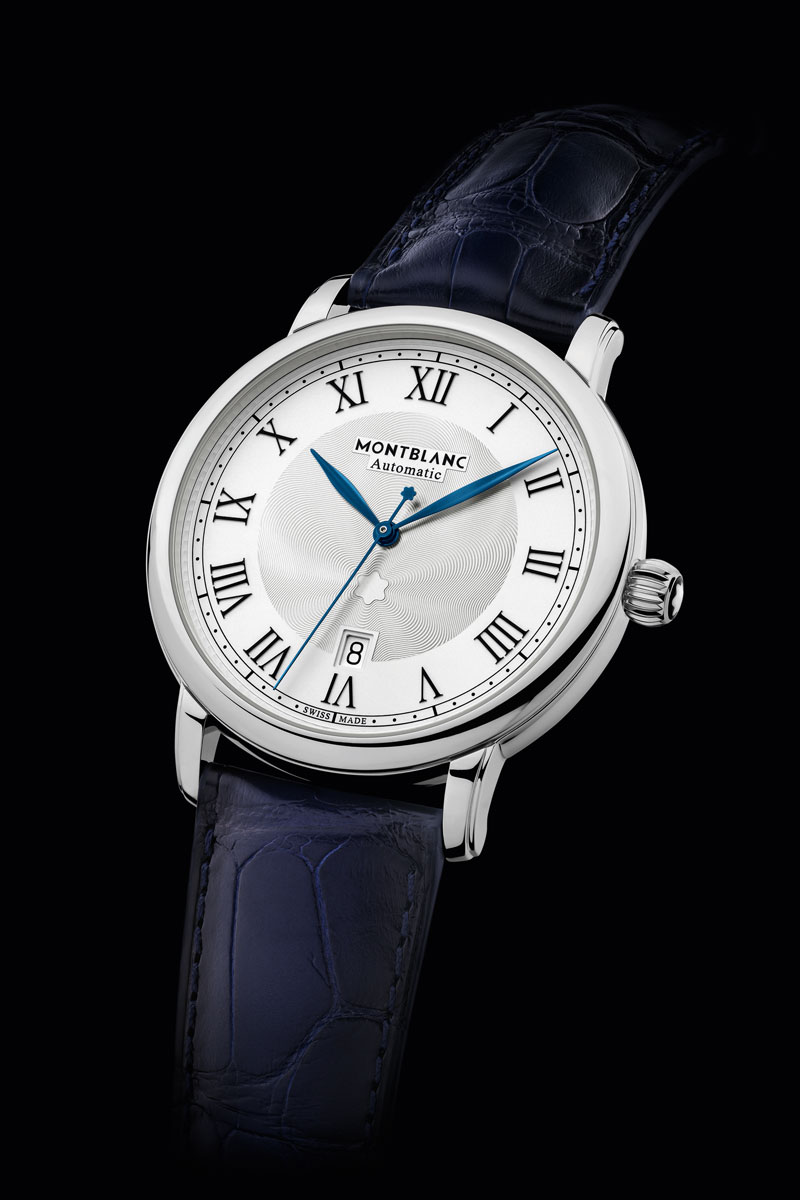 The new timepieces come in stainless steel and feature trendy coloured Sfumato straps from the Montblanc Pelletteria in Florence. 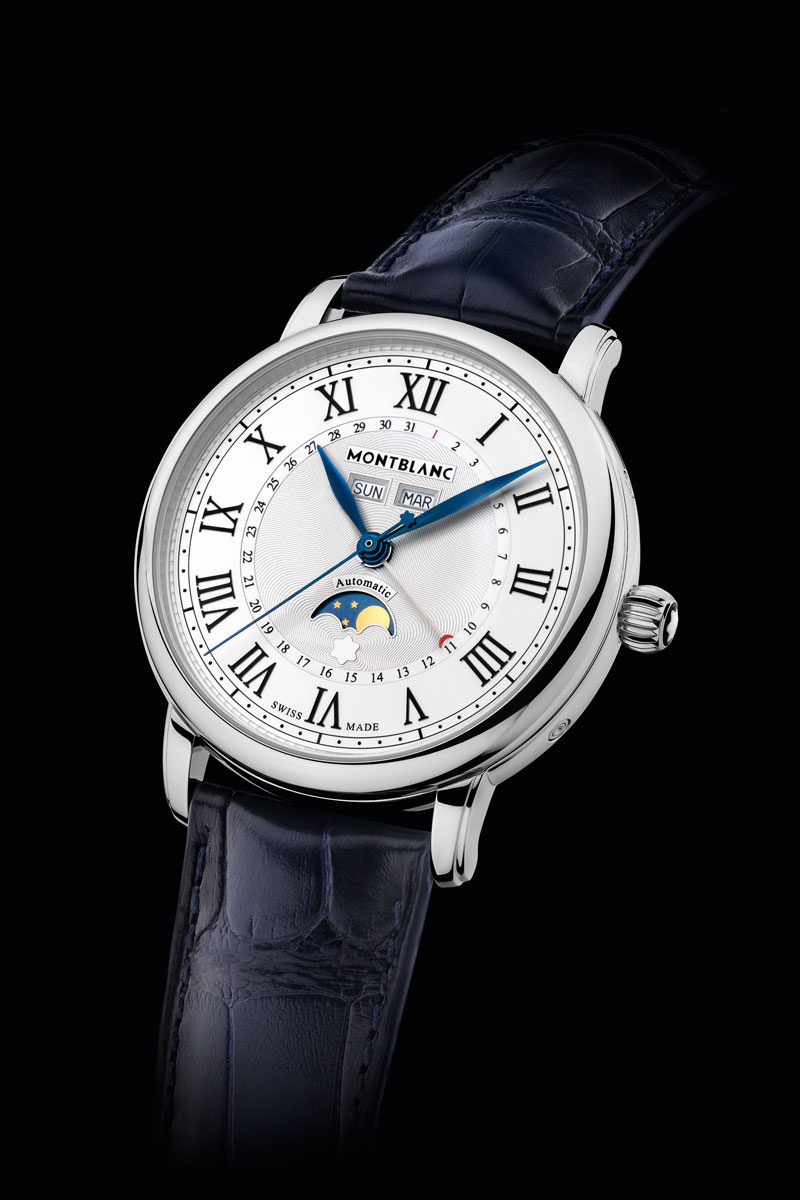